The nearshore is defined as that part of the ocean where the depth is so small that wind-generated waves are influenced by the bottom. It is usual to identify the depth where the waves start to “feel” the presence of the bottom as the depth of approximately half the wave length. In deep waters the profile of swell waves is nearly sinusoidal showing smooth crests and troughs. On the contrary, nearshore waves adjust the profile shape according to the bottom variations. In fact, as swell waves approach the shore, they steepen, sharpen, pitch forward and eventually break in shallow waters.

The process of steepening is related to the increase in wave height and decrease in wave length and celerity. The wave height variation is usually referred to as shoaling. Moreover, waves propagating in shallower depths sharpen and pitch forward losing the symmetric shape, with respect to both the horizontal and vertical axes, that characterizes deep water swell waves. In fact, in the nearshore wave crests become progressively sharp while wave troughs flatten. In addition, shoaling waves show a steep forward face and relatively gently sloping rear face. Finally, the wave front becomes increasingly steeper until the wave turns unstable, the crest tumbles forward and the wave breaks.

Wave breaking occurs when the fluid velocity at the upper part of the crest exceeds the wave celerity (the velocity at which the wave is travelling). Breaking waves inject fluid at the surface developing a turbulent and air-entrained front, the roller, in which water is tumbling down toward the trough. The size of vortices generated at the surface controls the turbulent penetration and are determined by the breaker type. The wide range of breaking forms that occur in coastal areas are usually classified according to a visual impression of the process. The Iribarren number \xi_b is a surf similarity parameter widely used to describe wave breaking. It is defined as the ratio between the bottom slope \beta and the root square of the breaking wave steepness H_b/L_0: \xi_b=\frac{\beta}{\sqrt{H_b/L_0}}. 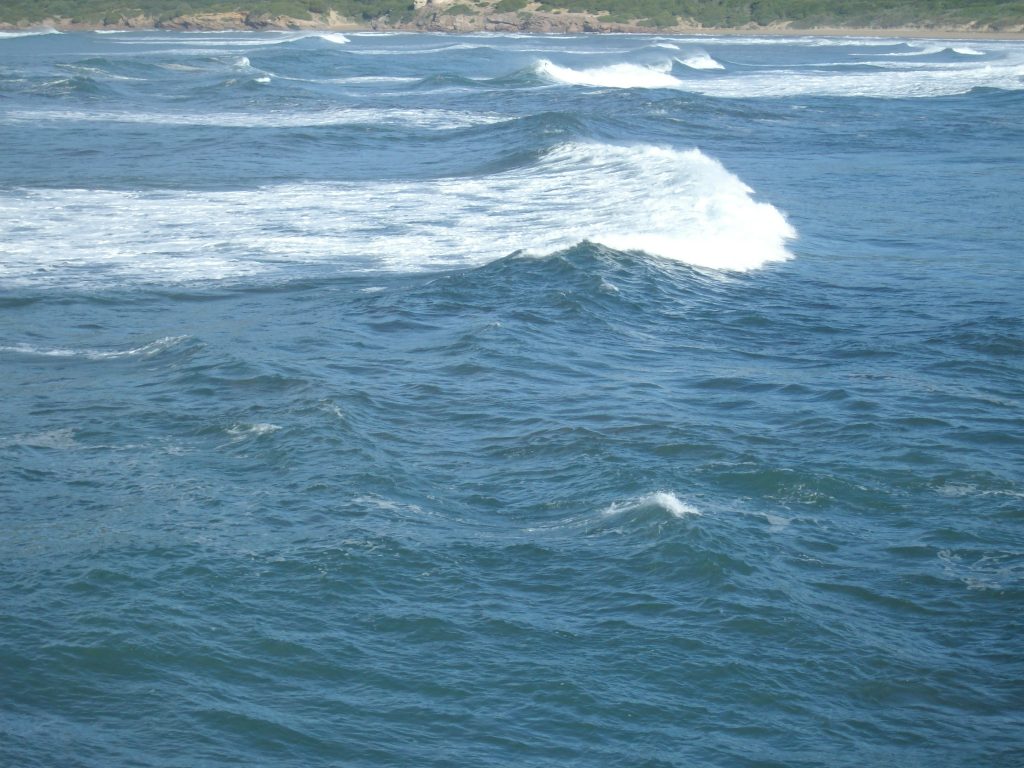 On most beaches, wave breaking takes place when the breaking index (the ratio between the wave height and the water depth) approaches the value of 0.8. However, this value is not fixed but it can change depending on the Iribarren number. In general terms, the larger the Iribarren number, the shallower the depth at which wave breaking occurs. Thus, plunging and surging breakers show larger breaking indexes than spilling breakers. This result is mainly related to the shoaling processes, described at the beginning of this post, that require time and space to develop. In other terms, given an incoming wave (with height H and period T) and a water depth outside the surf zone, the steeper the beach the more symmetric the wave at that depth since the shoaling proccesses (steepening, sharpening,…) have not had space to develop. Therefore, steep slopes don’t provide enough space (and time) for waves to adjust their shape thus delaying the wave breaking.

Besides beach slope and wave steepness (combined in the Iribarren number), also the wind plays a role in the initiation of breaking. Onshore winds blowing on the rear face of the waves enhance wave instability causing the breaking to occur on deeper waters than those expected in absence of wind.

You may have noticed that the word friction has not even been mentioned up to now. In fact, friction has absolutely no effect on wave breaking. Friction at the bottom only causes a small energy loss on shoaling waves. However, bottom-induced energy dissipation in the nearshore is small and plays only a secondary role in the energy budget. The main agent for wave energy dissipation in shallow water is breaking that ultimately converts mechanical energy into turbulence. This strong dissipation happens in a relatively narrow region if compared to the long distance traveled by waves from their generation in the open sea. The process of wave breaking makes the surf zone the most dynamic region of the ocean. 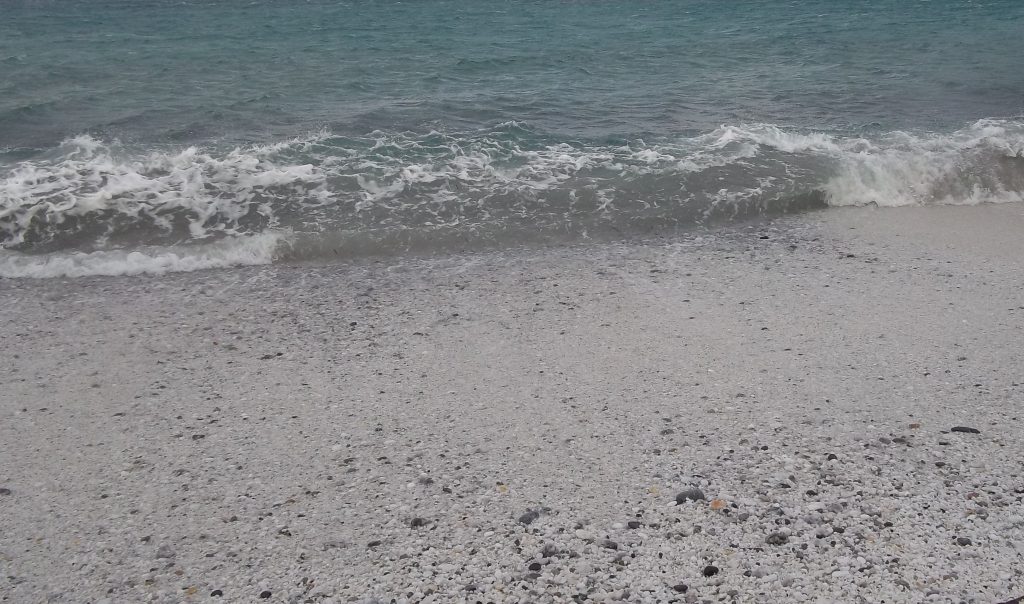 2 thoughts on “Why do waves break?”