The wave forecast we check on the web nowadays rely on the description of wave processes thorugh a software called spectral wave model. Being able to represent a wide range of physical process, spectral wave models are particularly suited for wave forecasting. Moreover they run with a reasonable computational cost. Nevertheless, we know or at at least we feel, that the wave parameters we find on websites are not always representative of the wave at the breakpoint. But they are rather representative of a region somewhere offshore. So, what happens in in the nearshore between deep water and the breakpoint? This post tries to answer this question by addressing the last mile issue.

The main deep water processes resolved by spectral models are: wave generation and wave growth. This processes evolve over large spatial scales. Winds triggered by atmospheric systems generate waves that propagate across the ocean. We can say that a typical spatial scale of wave evolution in deep water is on the order of 20-100 km. In the nearshore, bathymetric features and coastline geometry affect wave propagation. Waves shoal and refract as a result of the interaction with the bottom. These transformations occur on spatial scales on the order of 200 m-1 km.

Spectral wave models are able to reproduce wave refraction and shoaling in coastal water. It means that the governing equations of these kind of models include the physics behind the processes of refraction and shoaling. So, why nowadays websites don’t we give the wave parameters at the breakpoint? We can get an answer by looking at the resolution of the model grid. An then compare it with the spatial scale evolution of the physical processes. 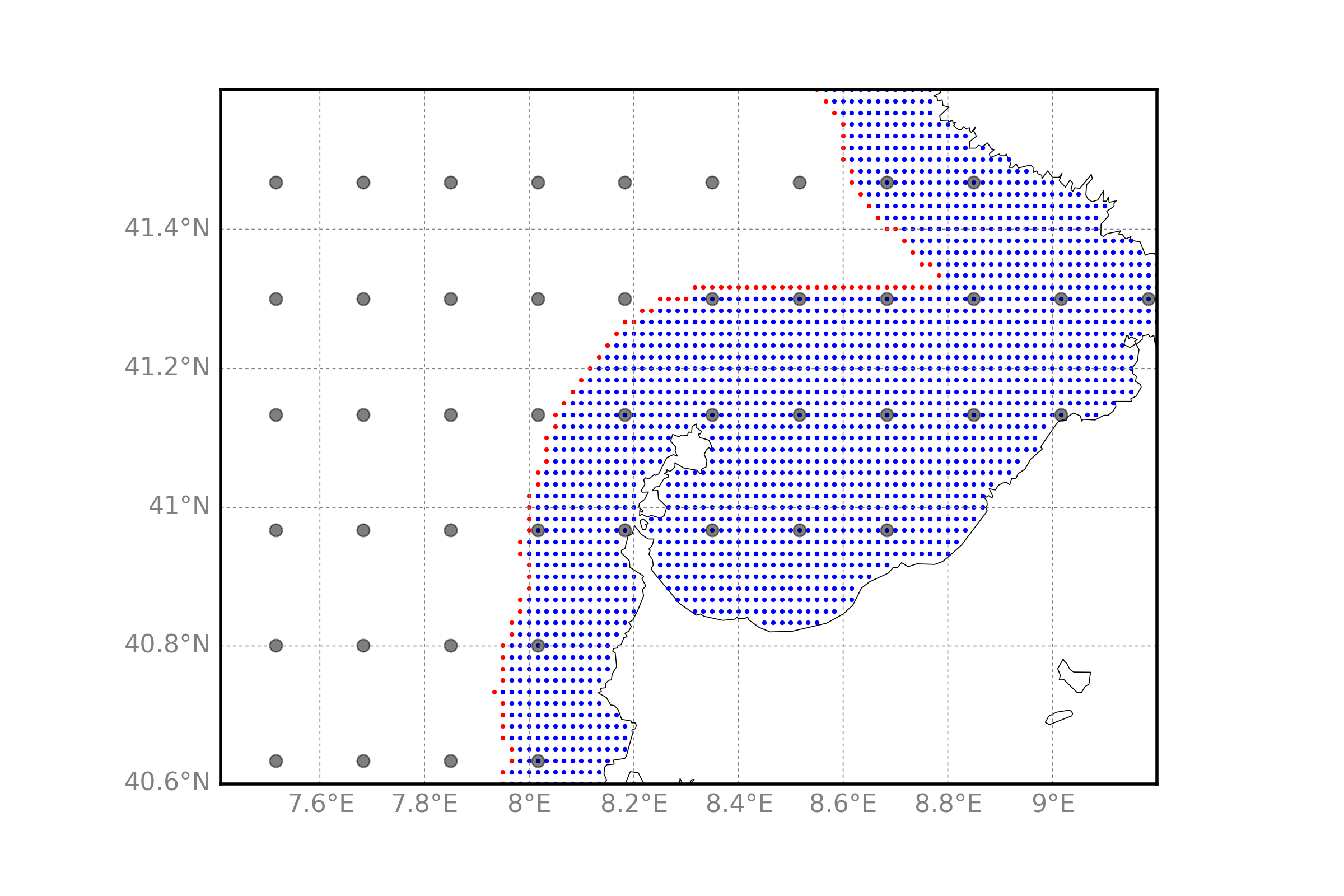 With a grid resolution of 1.8 km swellbeat.com catches the main nearshore processes but not all of them. As waves propagate into shallower depths, refraction and shoaling yield significant changes to the wave field. Taking this into account, for each surf spot the swellbeat.com model gives the wave parameters at a point in the nearshore with water depth of about 30 m. We call this point “virtual buoy”. It is like that we have a buoy there even though there is none (it is only virtual). Nice! But surfers need the wave parameters at the breakpoint. 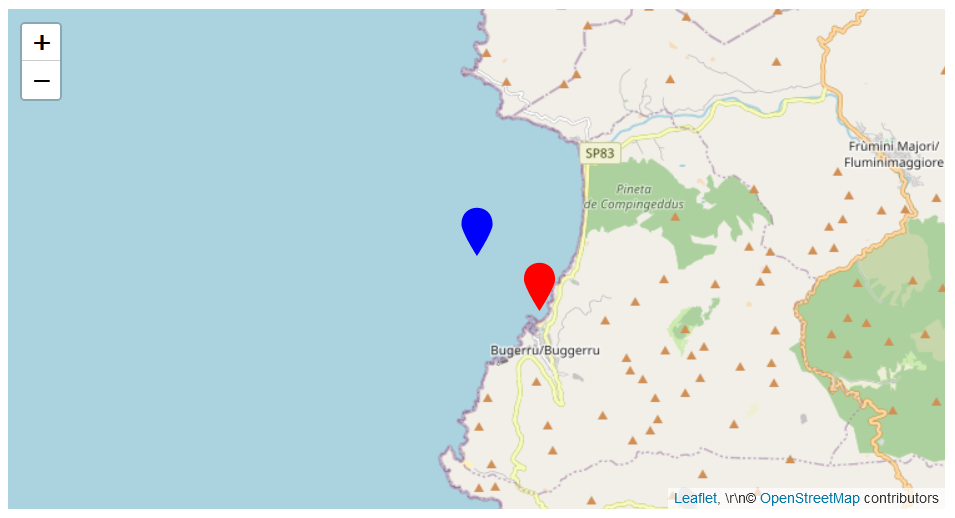 Virtual buoy in front of Buggerru (blue marker) and breakpoint of the surf spot location (red marker). The blue marker corresponds to a node of the numerical grid in the nearshore where the water depth is about 30 m.

Waves height at the breakpoint H_b can be assessed by applying the refraction K_r and shoaling K_s coefficients to the wave height H_0 in the nearshore:

The shoaling and refraction coefficients depend on the mean wave direction with respect to the shoreline and on the wave period. Obliquely incident waves on the shoreline lead to small (lower than 1) shoaling and refraction coefficients. On the other hand, these coefficients take values close to one for waves that approach normally the shoreline. Starting with the wave field extracted from the model at a point with 30 m depth we can estimate the breaking wave height with this simple approach. The approach makes some assumptions on the bathymetry and doesn’t include all the physics included in the numerical model. Nevertheless, this represents a fast but still reliable estimate. In the future, the next step will be to increase the resolution of wave models to make them able to calculate the wave propagation up to the breakpoint.