Can I trust wave forecast made by means of numerical models? Wave forecast, that is the prediction of the evolution of a sea state under the forcing of the atmospheric agents, is just an application of the most sophisticated wave models available nowadays. The main and ultimate goal of this kind of models is to reproduce the natural wave processes that occur in the sea. For this reason, the only way to test the model skills and thus the accuracy of computed results is to compare them with the real measurements of the natural processes.

This post reports the performance of SWELLBEAT simulations against wave data recorded by the MeteoFrance buoy located in the south of the Gulf of Lion (N 42.06, E 4.64) covering the period from the first of September to the end of November 2016. The buoy is moored in the open sea in a water depth of 2300 m. It is a omnidirectional buoy that records the height and the period of the individual waves that pass through the buoy location. Being an omnidirectional buoy, it does not provide wave direction. From the recorded dataset, it is possible to obtain wave statistics describing the evolving sea states such as the significant wave height Hs that is analysed here. 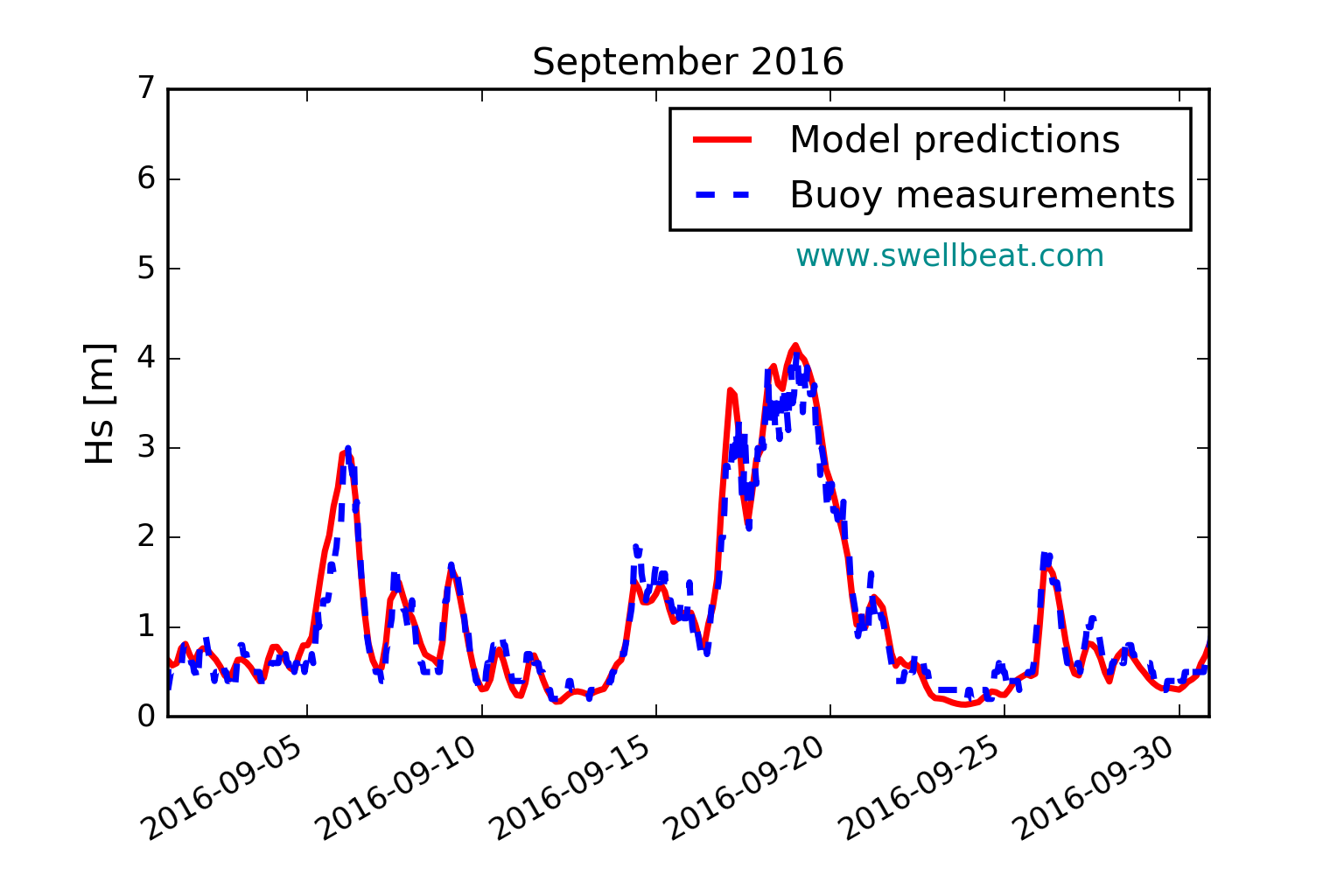 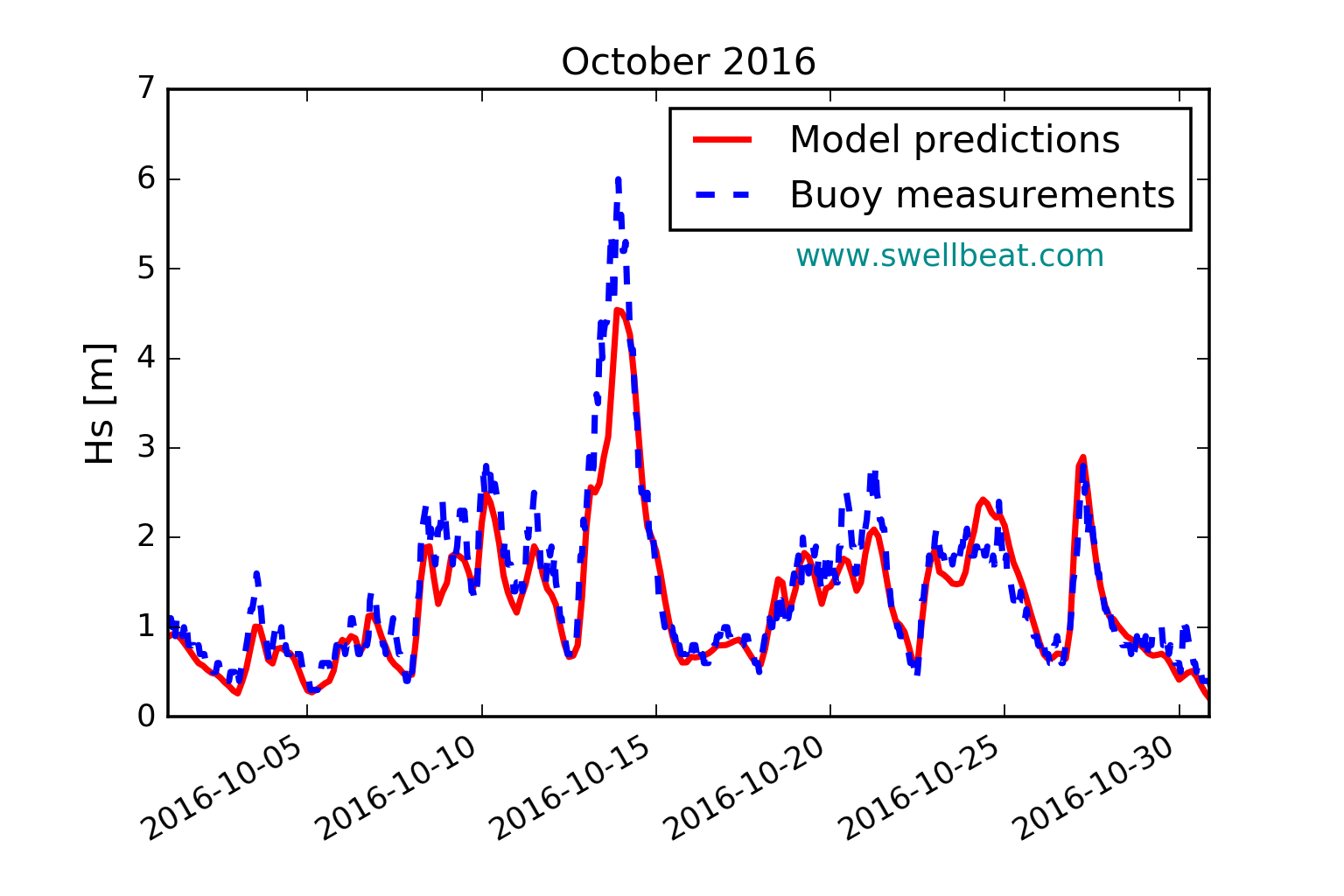 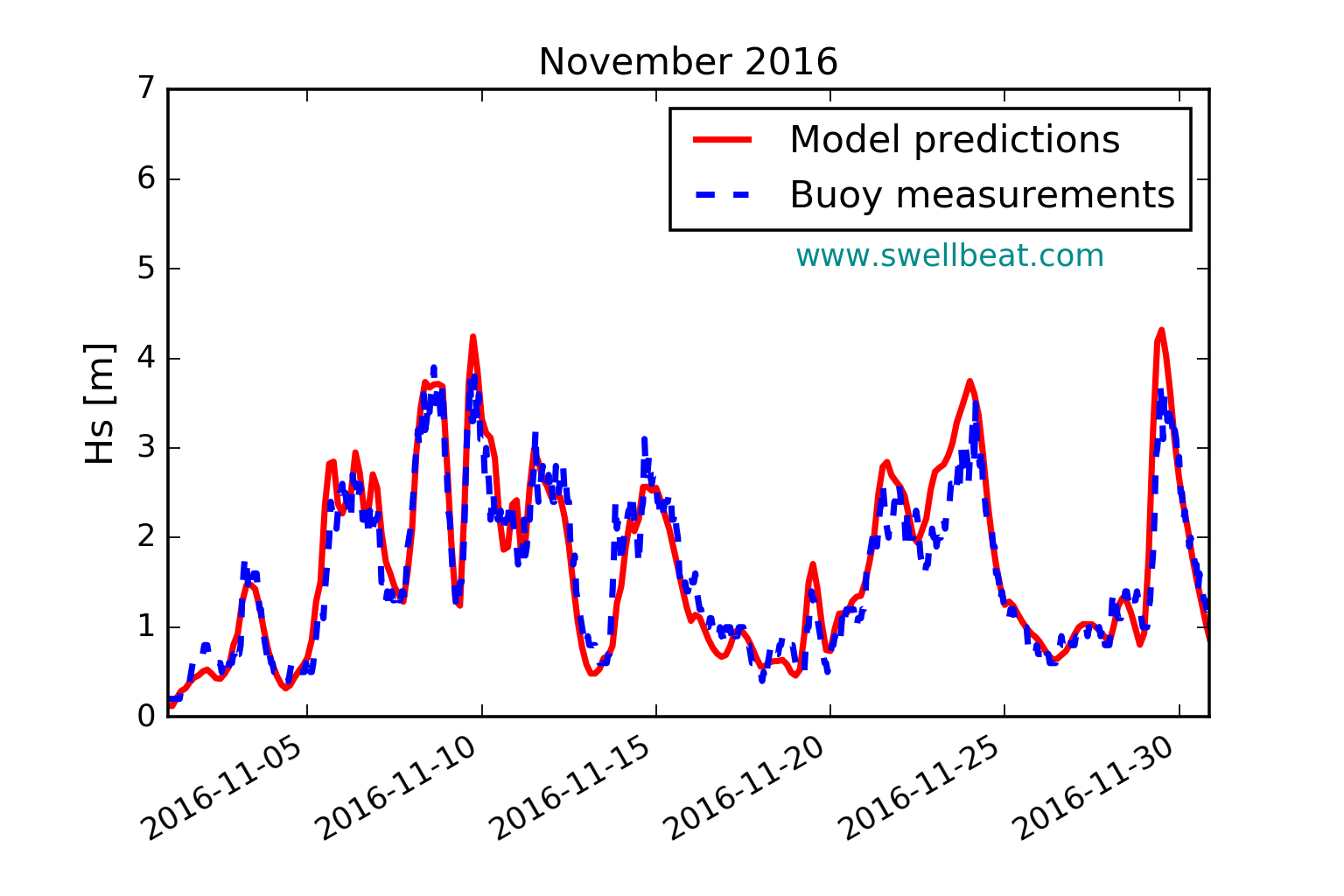 Figures 1, 2 and 3 show the comparison between the Hs measured by the buoy and that predicted by SWELLBEAT for the months of September, October and November 2016. These figures prove the high accuracy of the SWELLBEAT forecast in reproducing all the swell peaks recorded by the buoy. SWELLBEAT catches not only the magnitude but also the time of arrival and the duration of the swells. The qualitative agreement is satisfactory since there is a clear matching between the two lines in the figures.

To quantitatively address the SWELLBEAT forecast we calculate two statistical parameters related with the discrepancy between the predictions and the measurements: the mean squared error and the relative error. For the considered period, the mean squared error is 0.09 m2; whereas the relative error is 17%. The observed and predicted Hs values are plotted in figure 4. The majority of points forms a cloud around the solid line of perfect agreement. Looking at the details, there are just few exceptions that fall outside the 20% error bound. The mean observed Hs is 1.33 m, whereas the mean predicted Hs is 1.32 m. 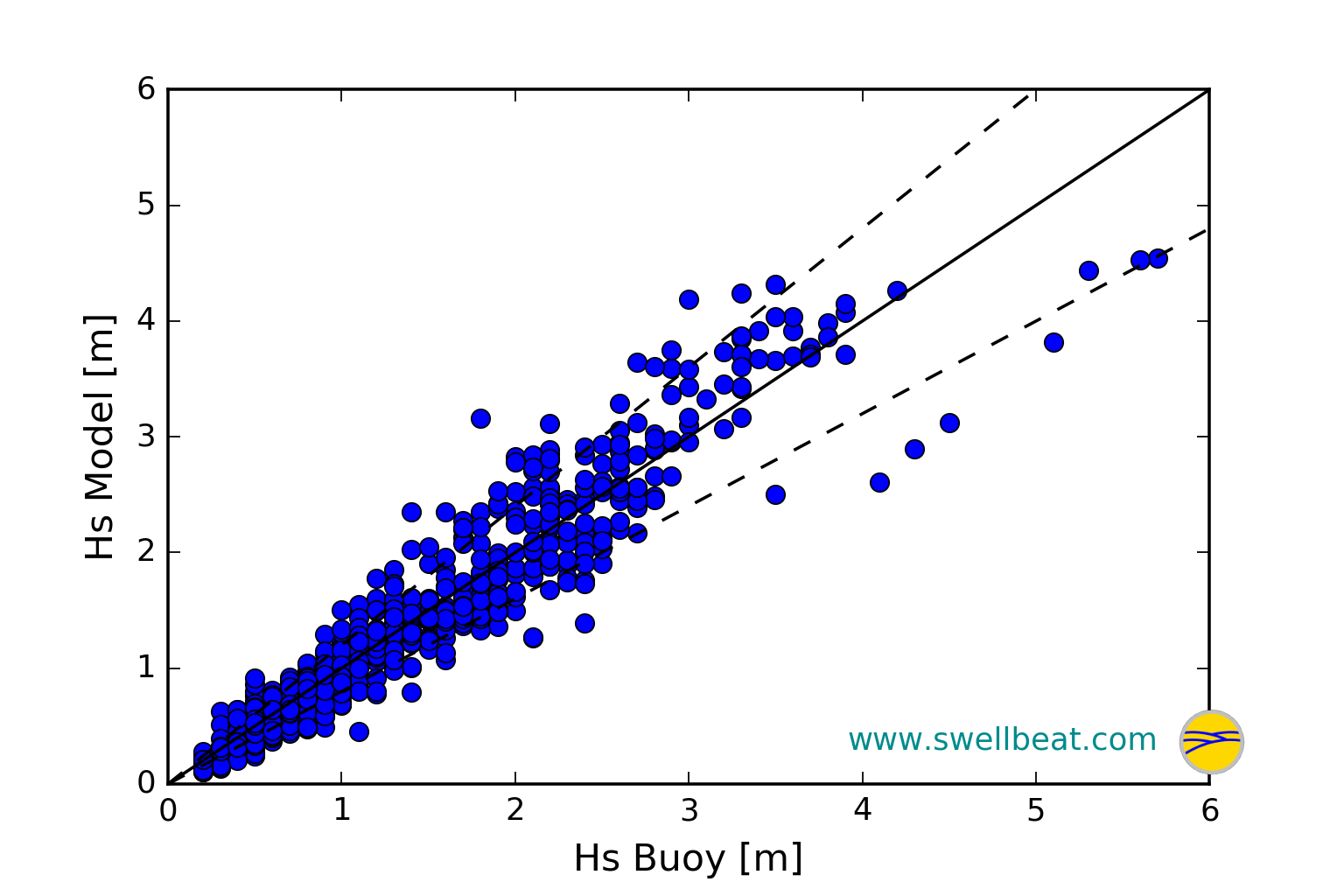 Therefore the answer to the opening question can be: yes, I can trust the SWELLBEAT forecast if I accept this small uncertainty. In general terms, the validation procedure shows an excellent agreement between the wave height measured by the buoy and that predicted by SWELLBEAT. Considering the complexity of processes involved and the variability of the forcing agents that drive the wave height oscillations in the open sea, the observed relative error of 17% can be considered a satisfactory result attesting the accuracy of the SWELLBEAT forecast.