You guys there got waves?

If you are a surfer from Sardinia you might have heard a few times this question. Probably during a surf trip abroad having a talk with your mates coming from more famous surfing locations or just chatting online. In the past I was lucky enough to travel across beautiful and exotic surfing destinations. I enjoyed everything, from the people to the food, the waves etc… And I start slowly to realize how amazing is surfing in Sardinia. I will try to explain why:

Sardinia is blessed by an amazing climate, with mild winters and warm summers. I never had the feeling “goddam today is so hot!!” or “I need to walk around with a hot water bag in my pants!”. The scenery is just…stunning, unforgettable, magical. Check this screenshot that I got typing “Sardegna” and “picture” in a search engine: 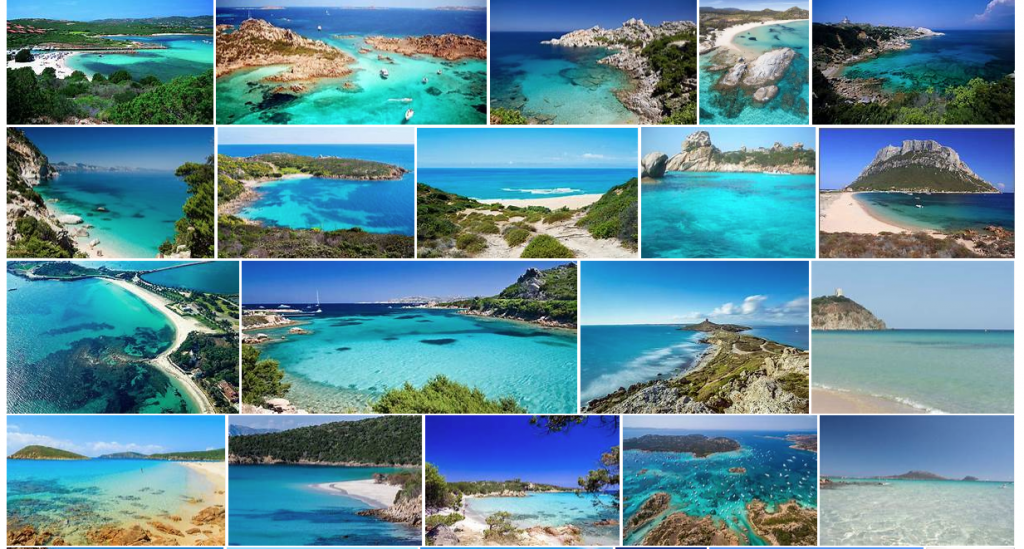 Sardinia on the web

Thanks to the nature of the sediments along the coastline and a dry weather (Cagliari in the south has 60 rainy days/year, Fonni in the massif of Gennargentu at an altitude of 1029 m has about 90 rainy days/year), the water all around the island is crystal clear. With any scale of blue that you can imagine. The air quality is excellent thanks also to one of the lowest population densities in Europe and only two big industrial oil refineries (that unfortunately affect the surroundings). Sardinia has one of the 5 “Blue Zones” of the world. Those places where the rate of ultra centenary is higher than anywhere else.

And now let’s talk about where we all belong to:

Surfing in Sardinia allows you to catch swell from any direction in the Mediterranean Sea. 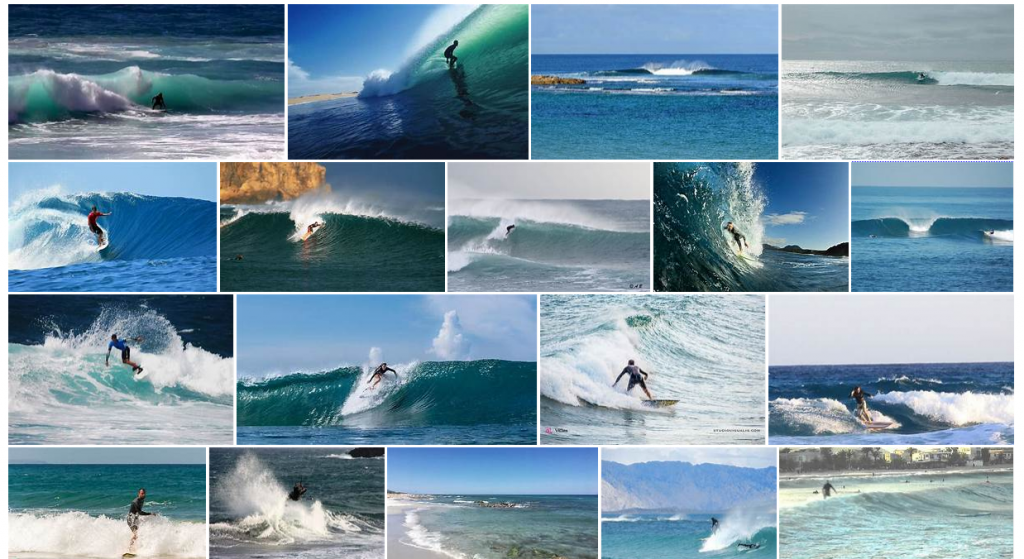 Surfing in Sardinia with Mistral is like having a glass of good wine:

The low pressures originated in the Gulf of Lion in France activate the Mistral, that hits Sardinia from NW. Mistral is the most consistent wind blowing on Sardinia. It generates swell on both the north shore and west coast of the island. In wintertime can happen that after Mistral the wind turns from North and then North East. When this happens Sardinia west coast becomes Hawaii. The period of the swell increases from 8-9 sec to 10-11 sec, the wind blows offshore and from the north western point of Capo Falcone to down south to Capo Spartivento, is a tube fest. Expect to score solid overhead to double overhead drainers on the reef out of Sinis peninsula, discover a new Hossegor at Piscinas or Is Arenas and check out liquid cylinders nearby Porto Paglia.

When the wind blows from North Africa is Scirocco time (SE direction). The south coast lights up. The sky becomes yellow because of the dust coming from Sahara desert. The rainfall can be treacherous on the mountain area of the east coast and on flat lands of low Campidano (nearby cagliari) causing severe flooding. Then the Gulf of Cagliari becomes a perfect playground. Pula area for the most advanced surfers and Poetto beach for intermediate ones are the place to be. Without forgetting that all the east coast becomes an endless water park full of potential (La Caletta). With SE direction Neptune makes another miracle on the north shore. Over there the wind always turns from E-NE approaching the Bonifacio strait, where a solid swell from SE is able to make refraction and create perfect lines up in Platamona area.

Less consistent swell direction is West and SouthWest, but when they happen they produce swells with the longest fetch available for Sardinia. Some spots on S.Antioco island and Carloforte island then come to life. They are worth a trip from wherever you live in Europe to come to see that show of Mother Nature. Most of time, due also to the remote location of the spots, only the locals are able to score the juice coming out from such a gift of Neptune.

What a western swell is able to do. photocredits Stefania Marica @ Break Point Surf School

I consider together the last two directions because thinking about them brings memories of the coldest surf of the year. N and NE hit mainly on wintertime when vast cold front drag down frozen air from Russia to south Europe. If you are not scared by the cold take your best wetsuit, hood, boots and all the extra rubber that you have and go to challenge barrels on the west coast. Or search for protected spot by the frozen wind on the crystal water of the south east coast. In both case you will get your reward.

Sardinia has great surfing conditions all year around. Sometimes to score good waves it takes to be on spot with a window of 12 hours or less. Mediterranean weather can change much faster than in Atlantic areas. So do not get frustrated if you miss the peak of the swell or the locals will tell you the famous sentence “Oh you arrived too late! One hour ago was epic but now the wind picked up…” It might be true, or maybe not. Just keep searching and do not forget to check Swellbeat to have your detailed forecast.

Winter is on the way, good waves to everyone!