Wave forecast relies on numerical simulations to predict wave conditions in the near future. However, wave data proceeding from wave simulations can also be used to reconstruct the wave climate in a determined period in the past. This is called wave hindcast. Wave hindcast provides crucial information needed to assess wave climate and thus identify important wave statistics. This post presents the wave monthly report from the simulations run by SWELLBEAT on the month of November 2016.

Figure 1 shows the mean significant wave height in the Western Mediterranean and in the seas surrounding the Sardinia island. The adjectives “mean” and “significant” together can lead to confusion. Let’s clarify, or at least, let’s try to clarify. In this case, “significant” refers to a statistical parameter that identify a sea state that persists for a short period of time (three hours here). On the other hand, “mean” refers to the mathematical average of the significant wave heights observed, or computed, during a long period of time (November 2016 here). Anyway, let’s have a look at the map. The sea area enclosed between Balearic Islands and Catalonia on the West and Corsica and Sardinia on the East shows the larger mean wave height with values exceeding 1.6 m. This area is usually barred by the mistral wind entering the Med from the gate of the Gulf of Lyon, so it is not surprising to find here the larger mean. In addition, in this sea also winds with a south component such as Libeccio and Scirocco raise considerable swells. Another area characterized by large wave heights is the Ionian sea. 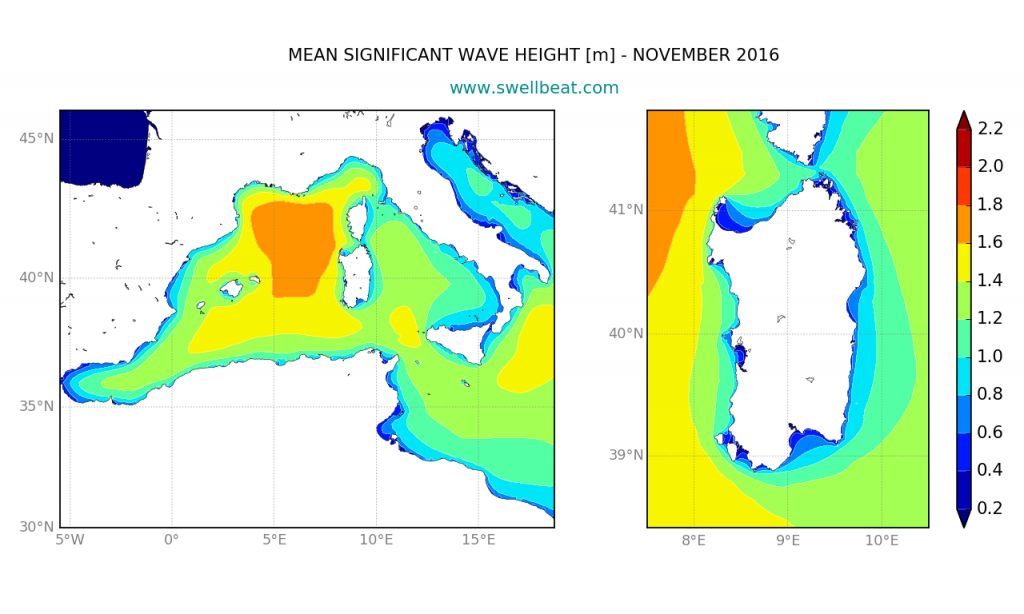 In most cases, not only the mean values but also the knowledge of extreme wave conditions can be beneficial. Hs12 is plotted in figure 2. What is Hs12? It is the significant wave height that has been exceeded for 12 hours in the period of time we are interested in. In our case, in November 2016. It can be thought as the mean significant wave height of the biggest swell of the month (mean and significant together again, sorry). So, Hs12 tells us about extreme conditions. Let’s write just a consideration. Whereas the larger mean Hs are observed in the open sea far from lands, the larger Hs12 are observed in the nearshore (look for instance at the sea just North-West of Asinara island). This is probably because open seas receive waves from a wide range of directions and thus are most of the time with waves. Nearshore seas, on the contrary, receive waves from a limited range on directions but they have large fetches that allow wave growth leading to the large Hs during big swells as figure 2 is showing. 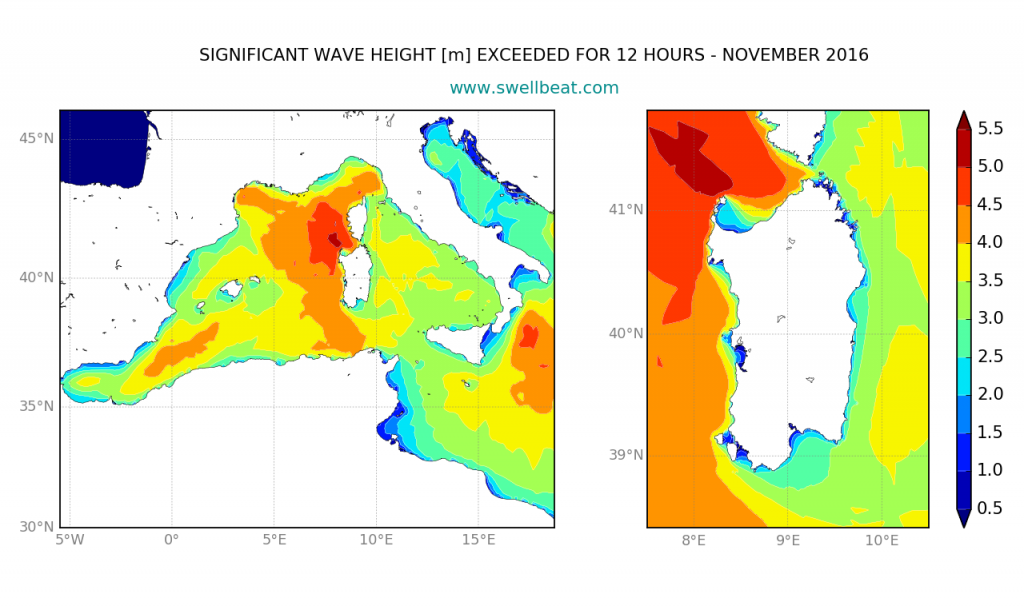 Figure 2. Significant Wave Height that is exceeded for 12 hours in November 2016.

Other insights are left to the curiosity of the reader. Cheers!