Now and then – The Evolution of chasing swells

Last week I wrote few lines about what pushed me to start chasing swells. My journey started 30 years ago. If you were a storm chaser in the ’90 you probably experienced a fair number of failed trips to the sea. No internet, no detailed forecast and living in the city. The combination of these three elements were making the possibility to score good waves much lower than today. Back then it was really important being able to read a chart of the atmospheric pressure and know the isobar lines.

Everyday I was waiting the end of the news at 18:45. After have listened Guido Caroselli summary, and given a quick look to the isobar lines, I was able to draw my conclusion. If go or not to go. I would like to spend a couple of words about Guido Caroselli: he was born in Rome in 1946, and worked as journalist and meteorologist. With his elegance and professionalism was an hero for his followers, among which many surfers of my generation. So from 40 years old up… If you got to know him and miss him, have a look here.

The frustration of getting there to see flat water was common at that time. Just a little miscalculation or bad timing could have led to this: 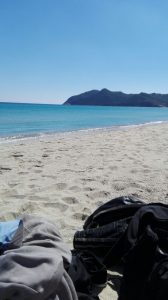 Today everything is easier. Lot easier. There are websites which provide wave forecast for every corner of the world. Thanks to these advanced tools surfers nowadays are available to discover uncharted waves in remote and unexpected locations. Think to cold water spot or closed seas like Mediterranean, Caspian, Black Sea. With just a couple of clicks on your smartphone you are able to see whether or not there will be waves in the next week. And with a certainty of almost 100% up to 3 days, and maybe 70-80% for a one week forecast. Internet was a crazy revolution. It allowed most of us to plan surf trip taking minimum risk. It allowed average Joe and gnarlier dudes to score the conditions they are craving for without wasting time. Internet allows you to find day like this with no effort:

This changed completely the game. Technology applied to weather forecast gives us better forecast day by day, with all pros and cons that follow.

Swellbeat is a “young” Wave Forecast Website, born on May 2016, from an idea of Andrea Ruju, passionated oceanographer and surfer. It does not provide worldwide wave forecast, so you cannot use it for chasing swells in Central America, but if you are targeting the Mediterranean…Swellbeat will make it as user friendly as it gets. That’s because we are focusing on providing detailed forecast for Mediterranean Sea.

An example: one of the top three surf portals in the world (Magicseaweed) provides forecast for Capo Mannu, which is arguably the most consistent spot in the Mediterranean Sea. The fact is that Capo Mannu includes different spots within a restricted area, that considerably vary in size. For example, the most surfed one, Minicapo, is located inside the bay of Capo Mannu, where it receives half the size of the swell that hits the outer reefs nearby. By comparing the height of surf of Swellbeat and Magicseaweed, you will notice how Swellbeat gives smaller values, because tailored for the forecast at Minicapo. In this case a reading of both website gives a better understanding of the spot mentioned and can help to score the waves we are looking for.

The future of chasing swells

Wave forecast website eased the game a lot. Nowadays going to the beach and finding flat is almost impossible, unless you are hunting the some unicorn wave. Was better before? Too many surfers out there because of better forecast? Who knows? And personally I don’t care. You know why? Because given 100 people on the peak, those able to paddle to the wave 100 m next to them, where nobody is surfing, are maybe 4 or 5. Today I see a lack of explorer spirit in the water. So everyone in Bali goes to surf a famous beach break and leave my friend completely alone on this beautiful one: 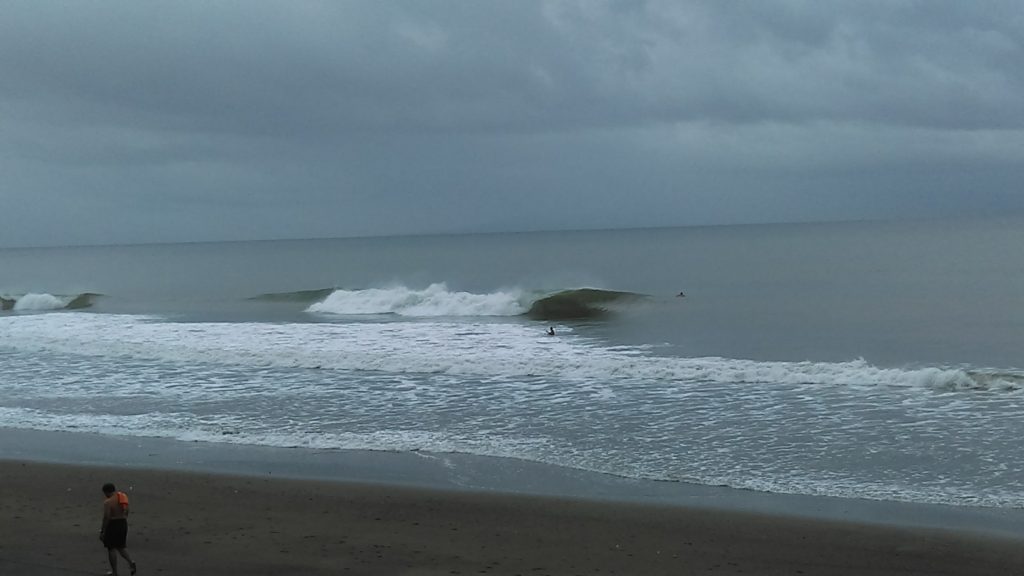 Same happens when it comes to paddling. How many surfers are willing to paddle out 500 m to reach an empty reef? Very few. However the reward is waiting there:

May 2015, Taitung County, me and Lucas enjoying an Outer reef

The future of chasing swells is still bright. There might be soon a lot of excellent surf parks, that will be really welcome if they could raise the level and create a deeper respect for the Ocean. The exploration of the seas is leading freesurfers where nobody would have thought one decade ago.

Chasing swells doesn’t mean to me to travel around the globe increasing your carbon foot print on this planet. Few surfers in the world can afford to jump on a plane whenever they got the alert on their smartphone. But the mere mortals can have the same fun considering to surf that wave far out, in front of their favorite homebreak, never reached because it looks too scary. Or walk 500 m away from the parking lot and see what’s behind the corner.

If you are lucky enough to live on a island like Sardinia, then keep in mind that you can get swells from every direction and, of course, to use Swellbeat as a powerful tool to ease your discovery!

Have a great chase, see you next week.